In past recessions, Canada has consistently been a competitive and reliable investment destination for foreign investors.  Canada not only rebounded immediately after the end of the 1990-1992 recession and the 2008-2009 financial crisis with positive growth in annual foreign direct investment (FDI) inflows, it was the only G7 country to display continuous growth in the aftermath of both economic downturns.

Examining Canada’s FDI and economic recovery from historical crises reveals that Canada is well-positioned for recovery from COVID-19. Why? Let’s take a deeper look.

As Ian McKay, CEO of Invest in Canada, highlighted in a recent blog post, there is a perspective in the trade and investment community that Canada’s current response to the pandemic has been one of the most effective in the world.  To compare, Canada’s stimulus package for COVID-19 is a lot bigger (9.8% of GDP) than the Economic Action Plan (EAP) for the 2008-2009 financial crisis (3.9% of GDP).  Nevertheless, we can learn a lot about the potential COVID-19 recovery path by observing the past.

In the thick of the financial crisis, GDP recovery began to occur within six months of the launch of the January 2009 EAP, with a 0.9% increase in real GDP in Q3 2009 and a 5.0% increase in real GDP in Q4 2009 after three consecutive quarterly periods of declines.  This GDP recovery (and subsequent recovery in 2010) was partially attributed to Canada beginning the recession with the lowest debt-to-GDP ratio in the G7 and, hence, a strong fiscal position to support the economy without needing to rely on tax increases; as well as extensive fiscal measures in the EAP.  As a result of the EAP, the government spent a significant amount of fiscal dollars on infrastructure investment (25.96% of the EAP), job creation and tax relief (21.44%), and industrial support (19.76%).

During the financial crisis, Canada also had the lowest decline in real GDP amongst the G7, showing the country’s ability to navigate the crisis. Unsurprisingly, while assessing the potential global economic impacts of COVID-19, the IMF forecasts that Canada will drop its real GDP by 6.2% this year, the third lowest GDP decline in the G7 (with Japan and the US first and second). (Note: The IMF will be releasing updated World Economic Outlook forecasts on June 24th.)

In addition to this, reviewing how both Canada’s GDP and FDI stock (total accumulated FDI at a given point in time) rebounded rapidly after the 2002-2004 SARS pandemic and the 2008-2009 financial crisis with strong linkages between the two variables (which is explained in the next section), two things are clear:

Let’s take a look at the historical numbers, which demonstrate Canada’s ability to rebound after a crisis.

Resilience is defined as “the capacity to recover quickly from difficulties.”  And Canada has certainly recovered quickly from past crises from both an FDI and an economic perspective.

Canada’s FDI stock experienced positive annual growth during the entirety of the 1987-2018 period.   During previous economic downturns, growth in FDI stock decelerated but rebounded fairly quickly.  In the early 90s recession, this growth decelerated to 1.98% by 1992, but accelerated by 1993 and exceeded pre-crisis growth by 1994 (9.26%).  During the SARS pandemic, FDI stock growth behaved similarly, and accelerated one year after the pandemic ended and subsequently exceeded pre-crisis growth by 2006 (9.89%).  However, it took three years after the end of the 2008-2009 financial crisis for FDI stock to reach a point of accelerated growth.  All the same, FDI in Canada overall rebounded within a relatively short period of time with FDI stock returning to accelerated growth within one to three years at the end of each previous crisis. Foreign investors can rest assured that FDI in Canada has remained resilient following previous economic downturns. 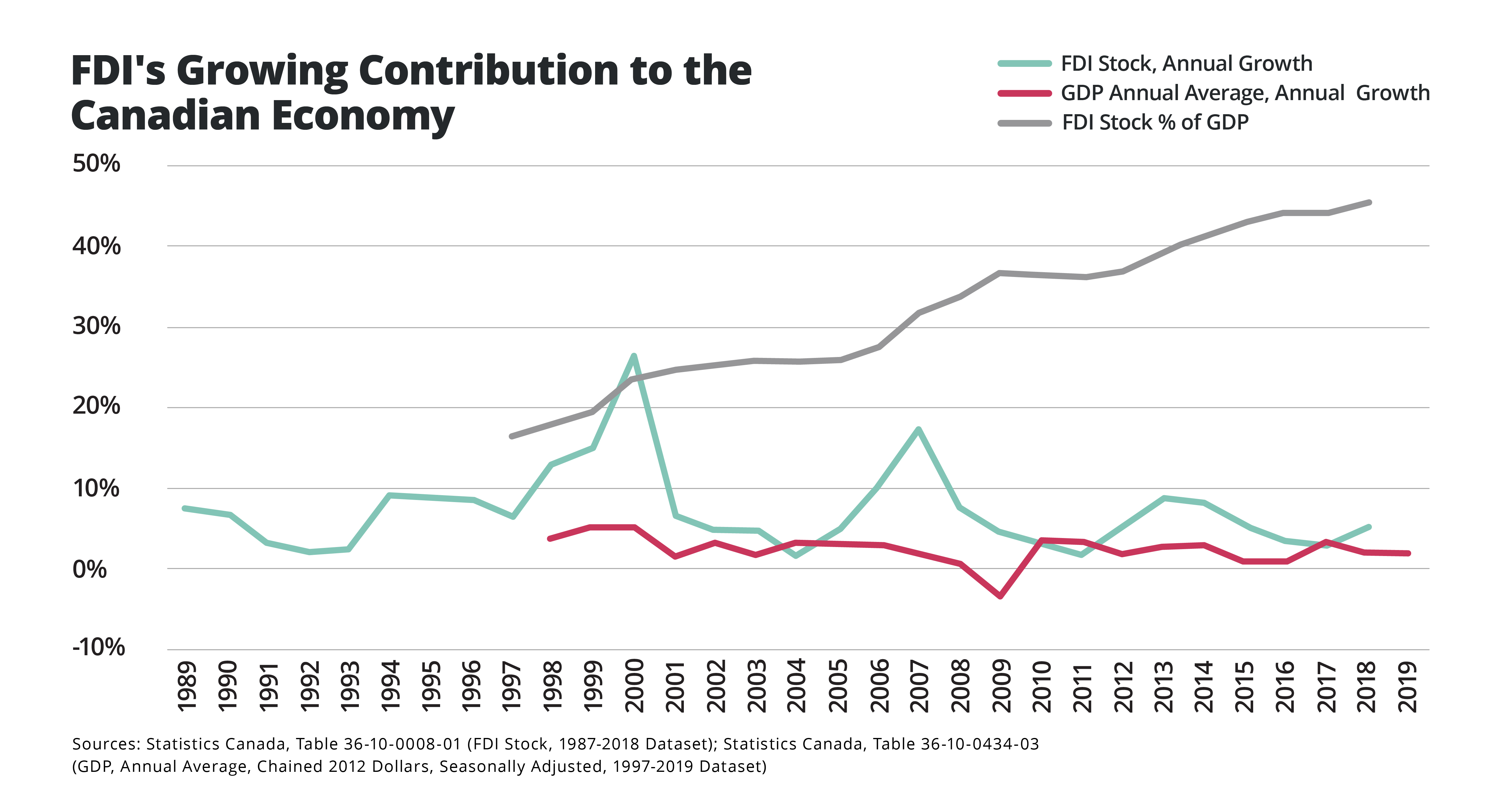 What potential global investors should also take into account is FDI’s growing contribution to the Canadian economy, which has not slowed down during past crises.  The contribution of FDI to Canada’s GDP (FDI stock % of GDP) grew during SARS and the financial crisis (with the exception of 2004), and it has been consistently rising.  For instance, while FDI contributed 31.82% to the economy in 2007, as the FDI contribution to GDP continued its upward trend, this figure expanded to 45.21% by 2018, as seen in Figure 1.

This increasing support of the Canadian economy paints a positive picture for investment in Canada.  And it is no surprise that FDI growth recovery has appeared to follow GDP growth recovery in the aftermath of a crisis.  This backs Canada’s position as a country that has demonstrated resilience (rapid recovery) in economic and FDI growth after crisis, where FDI is certainly a key contributor to the economic recovery.

How Canada compares to the G7

In comparison to its G7 peers, a deeper analysis into the United Nations Conference on Trade and Development’s (UNCTAD's) annual FDI inflows illustrates Canada’s FDI value proposition as a stable and, thus, competitive destination for foreign investment in face of crisis.

Following the 90s recession, Canada was the only G7 country to demonstrate eight years of consecutive increases in FDI inflows.  Following the financial crisis, Canada was also the only G7 country to display four years of consecutive increases in FDI inflows.  While other countries faced declines in FDI in the aftermath of historical recessions, Canada reliably brought in more FDI, which is a signal to global investors that Canada is a relatively safer and more stable market than other advanced economies during economic crises.  Figure 2 and Figure 3 offer a detailed overview of FDI inflows activity across the G7.

What’s next for Canada

UNCTAD has predicted a 30-40% decrease in FDI flows worldwide this year. In fact, Statistics Canada recently released its figures for Canada’s Q1 FDI flows, which were 5% ahead of the results from Q1 2019. While the full effects of COVID-19 have not been felt yet, we do expect a drop in Q2 2020. For an analysis on these numbers, read our recent blog post "Canada's FDI Numbers: 3 Questions, 3 Perspectives". Nevertheless, FDI in Canada has consistently demonstrated its resilience in quickly recovering from past crises.  This is illustrated by the increasing ability of FDI to support Canada’s economy, shown by an FDI contribution to Canadian GDP that has risen during times of crisis; the linkages between Canada’s economic and FDI recovery; and Canada’s FDI value proposition as a competitive, resilient, and stable country for global investment.

FDI in Canada is well-positioned for recovery from the COVID-19 pandemic and, therefore, the country remains a top investment choice for global investors.

If you’re a global company looking to expand in Canada, contact us to discuss your project. 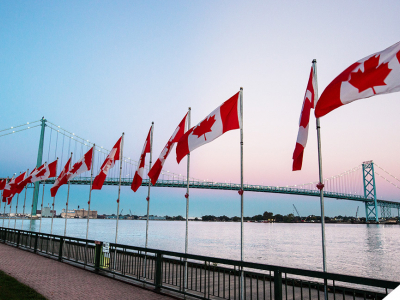 The pandemic is still with us, and it will be for some time to come. So, while our main focus needs to remain on protecting the health and safety of our citizens, we must, at the same time, work towards economic recovery and create business opportunities for global investors post-COVID. 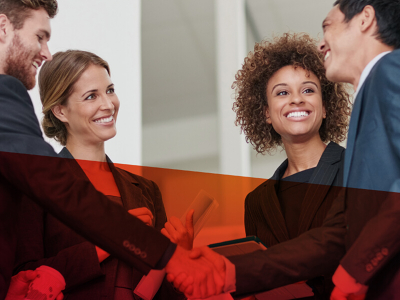 Why Invest in Canada?

From global market access to unparalleled talent, there are countless reasons why world-leading companies are setting up shop in Canada. Discover them all.

Invest in Canada connects global investors with municipal, provincial and territorial partners to find the best location for their business expansion. 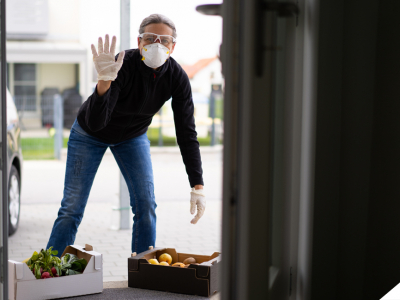 Global pandemic: How Canada is rising to the challenge

Find out how Canada is breaking new ground in life sciences, shifting gears in manufacturing and joining forces in tech during COVID-19 from coast to coast. 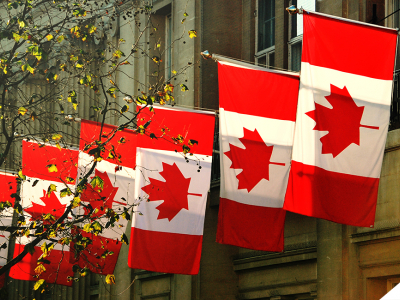 With the release of Canada’s Q1 2020 foreign direct investment (FDI) numbers, Invest in Canada presents additional perspective on what’s behind the numbers. 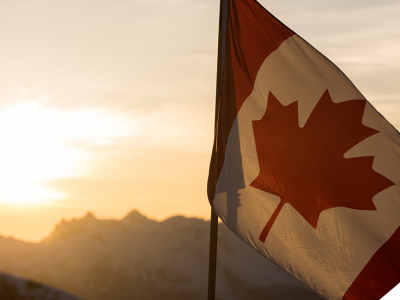 Find out how Canada is protecting people’s health and safety while preparing business for a smooth transition to recovery during the COVID-19 pandemic.